I have a Kia Soul EV+ 2015, I bought 16 months ago, my current ODO meter reading is 72,000 Km. Last year the car was consistently delivering 200 Km range. in the summer this year I noticed a small decline, it became like 190 Km, but it was consistent. 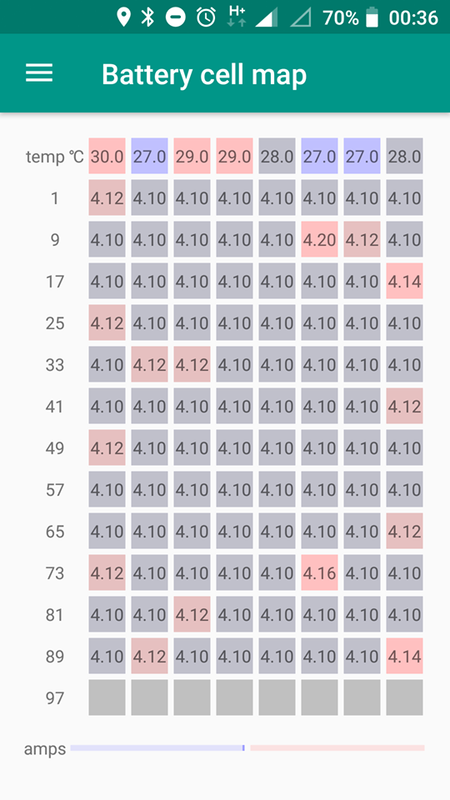 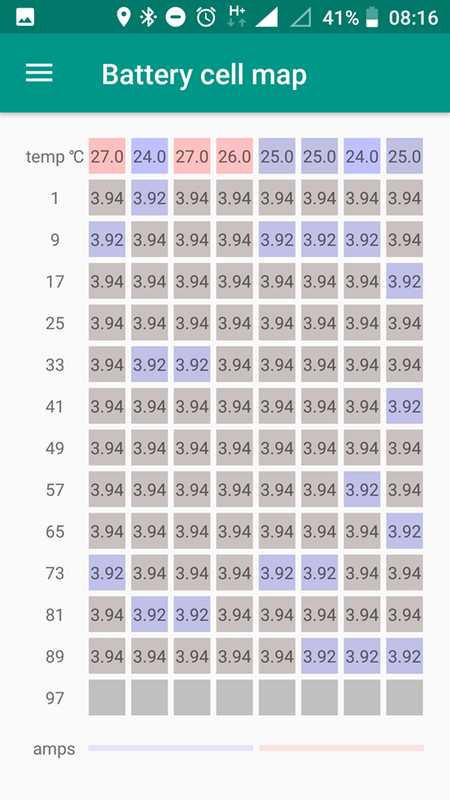 and this is another one while charging 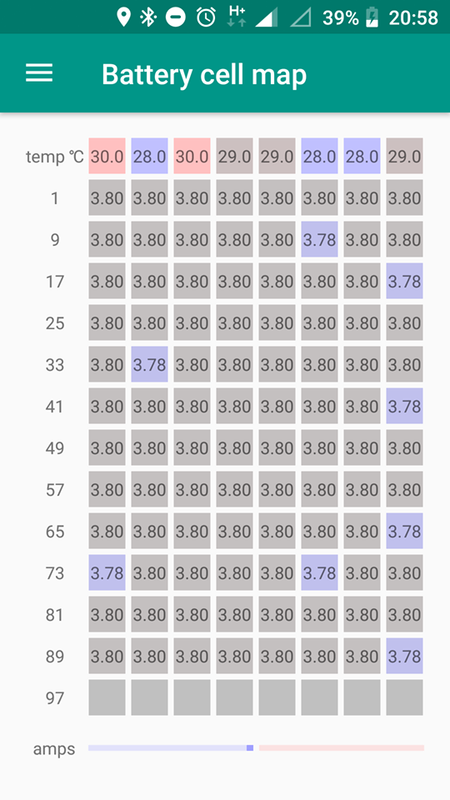 and some BMS screen shot while charging 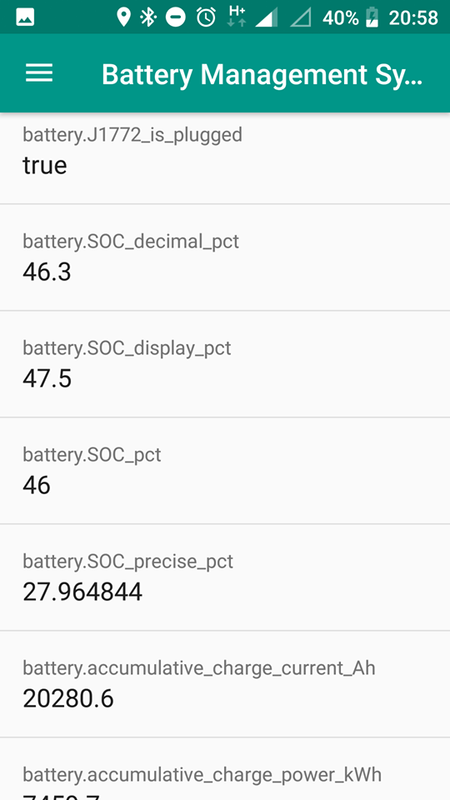 Does the first cell map explain such a significant drop ? please help me understand

I don't think it does, but as far as I know it never really does. Even when my car had a bad battery it would still show it was charged to 4.10V.

Why don't you take a look at the SOH?

I already did, it shows 69% !
But I am using the Soul Spy Lite, the free version. Is this figure reliable ?!

and how could that big drop happen in a month ?! I used for a 15 months and it was performing fine.

Omar wrote:I already did, it shows 69% !
But I am using the Soul Spy Lite, the free version. Is this figure reliable ?!

Yes, it is the best that we know of right now. You're right in the edge of the warranty so it might be that Kia will read 70%. The reading we know of is not exactly the same as Kia reads it.

Nonetheless I would advise to get a battery health check with your Kia dealership. Unless that's very inconvenient because they are far away or something like that. In that case you might want to wait a few weeks until you know for certain it would go below 70%.

Omar wrote:and how could that big drop happen in a month ?! I used for a 15 months and it was performing fine.

In my own experience once the battery gets bad it can go quite quickly, especially if it's warm/hot and you use a lot of rapid charging. Even though I live in a moderate climate it was quite noticeable in the summer that the battery got worse and worse each week.

GOM range has been dropping a bit and now getting 90-100km with similar temps and conditions as last post.

With the first coldish weather of the year upon us I've taken some updated SoulSpy readings.

So yeah, it's time to file a warranty claim.

It would be nice if you read the data just before deliver the car, and try to get the report from them for compare.

Hi Omar,
Yes the number reported by SoulSpy is probably close to accurate.
We have seen a lot of cars suffer sudden rapid deterioration in the last few months.
Some have had a single cell failure, which causes the entire pack to fail. This seems easy to understand.
Some, like yours do not have a single cell failure. They also suffer sudden rapid deterioration.

I have two 2015 Soul EVs.
The first I bought new. It has done 61,500km. The SOH is 98%. It doesn't show any loss of range since new.
The second I bought in late July this year. It has done 80,500km.
It started at 85% SOH. Then 5 weeks later 80%. Now 5 weeks after that 75%.
The first 5 weeks were hot summer days, maybe 32C. The next five weeks were autumn, maybe 22C.
The decline is happening at the same steady rate.
There is no single cell that has failed. The worst cell number varies sometimes 2 sometimes 96.
But the cell voltage deviation is fairly small.

The original Soul EV is used for short, slow drives, about 15km each way. The new one for a longer, faster drive, about 40km each way.
I tested the 'good' car on the longer route. It uses 25% of the battery to do 40km. The bad car uses 35% to do the same.

While none of these figures are totally accurate, all are suggesting that the current SOH of the 'bad' car really is around 75%.
If I continue driving the same way this car will soon be able to claim a replacement battery.
Or I could decide to drive much slower, and see if that will slow the rapid decline.
-
The codes for using Torque Pro can be found by clicking the link in the website icon under my user name on the left.

Thanks for your explanation,

Now my SOH dropped to 64.7%. I do not know if the warranty covers my KIA, the car is imported from USA-California, I do not think that KIA middle east will accept a warranty claim.

The max and min deterioration are 43.8% and 4.4% respectively (big gap !!). I monitored the SoulSpy readings very closely, and I have good knowledge in battery systems. I also consulted an expert who dismantles electric car batteries then reassemble them to be used in PV Solar Systems. The issue is clear.
When you charge the car, the voltage of max deterioration cell (#14) jumps higher than the rest, the jump amount depends on the charging power, the more power the more the jump is. When the car is near to full, if any cell voltage reaches 4.18/4.20 V, the charging stops. The charge percentage shows 100%. But in fact, other cells are not fully charged, most of them are at 4.10/4.8 V.
The charge percentage is directly related to the max cell voltage. If you want to charge the car more, then just use less current!, then the jump is lower, and the other cells can reach 4.10/4.12 V.
All the cells in the battery are connected in series, which means the bad cell will make the battery lose capacity at the bottom and the top of the battery charge cycle. I consulted the expert guy, and asked him if I could just bypass the worst cell !. He confirmed that would enhance the charging/discharging performance, thus the range!. Or of course I can replace it, along with another weak cell (#78). But the Soul cells are rare, not easy to find.
In Jordan, we have several repair shops who can repair or replace batteries with acceptable prices. They have good experience in doing so. Most of them are electrical or electronics engineers.

Thank you for your comprehensive explanation, I learned something today

It seems the fact I always charge my car at 6A, turns to be a good habit

I would try to file a claim with Kia, the answer no you already have; it won't get worse.