-
The good news. The expansion of the Seosan battery factory has been completed.

SK Innovation now has 4.7 GWh capacity compared to the 315 MWh a year ago.
This capacity is probably entirely for use by Kia.

There are new factories being built in Europe, China and the United States which will be used by other car makers.
In particular the European factory will supply Mercedes new EQC.

But there has been no announcement of any further increase of the Seosan battery factory.
I estimate that Kia will be able to build about 50,000 EV's a year, if most are the 64kWh option.
So the total capacity for the N iro EV and new Soul EV will be about 50,000 for the next 3 years at least.

Because of the European emission laws Kia will be trying to sell 40,000 EVs in Europe each year.
This leaves a fairly small quantity for the rest of the world.
No wonder Kia feels confident that it can maintain high prices. High demand and low supply will continue for the indefinite future.

Update:
SK's biggest expansion plans are for the US. They seem to have got a big order from Volkswagen. This seems to have greatly upset LG Chem, their South Korean rival, who wanted exclusive rights with Volkswagen.
See - LG Chem files suits against SK Innovation for stealing trade secrets
The codes for using Torque Pro can be found by clicking the link in the website icon under my user name on the left.

JejuSoul wrote:Thanks. Getting hold of the actual lawsuit is great. None of the major news organizations had bothered to go to the actual source for their material. They all just quote the press release. I had tried and failed to find the lawsuit at the United States International Trade Commission. You succeeded at the Delaware Court.

I follow the news and write about SK Innovation battery technology. I live in Korea and currently own two cars that contain SK batteries. A Hyundai Blueon Electric, and a Kia Soul EV. Reading this lawsuit make it sound like LG Chem has always been ahead of SK Innovation. Yet the Hyundai Blueon Electric was the first EV in Korea. The Kia Soul EV was the first EV to use NCM 622. And the Kia N iro EV is the first EV to include NCM 811 in its battery. The lawsuit twists the facts to claim that, because LG Chem has 30 years of experience making batteries for consumer electronics, it is has always been ahead in EV battery tech.

I don’t think the N iro EV quote mention is really important to this lawsuit. The motivation for this dispute is clearly Volkswagen.

LG Chem's lawsuit wrote:…
LGC is informed and believes that many of the Former LGC Employees had worked specifically on
products and technologies concerning Volkswagen automobiles, one of LGC’s key and emerging
customers in the EV market, and its modular electric toolkit (known as the “MEB”)6 platform for
electric vehicles… 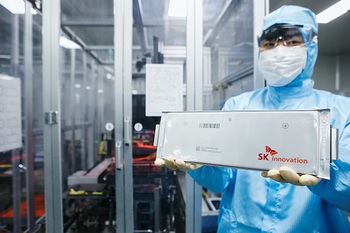 There is no actual link from Kia yet that shows the new 2020 Soul EV is using the same SK Innovation battery as the N iro EV.
But I think it is a fairly safe assumption to make.
I am fairly sure now that the new 2020 Soul EV does not use pure NCM811 chemistry.
Instead by mixing NCM811 and NCM111 it creates a NCM622 equivalent mix.

In these 2 articles we hear that the first EV to use a pure NCM811 chemistry will be available in the 3rd quarter, and that the Hungarian battery plant will be the one to make only NCM811. Clearly it will be the Mercedes EQC that gets the new battery.

According to this article - http://www.greened.kr/news/articleView. ... xno=102798
The battery cost of a 64kWh Kia Soul EV is 1477만원 or about 12,500 USD.
The codes for using Torque Pro can be found by clicking the link in the website icon under my user name on the left. 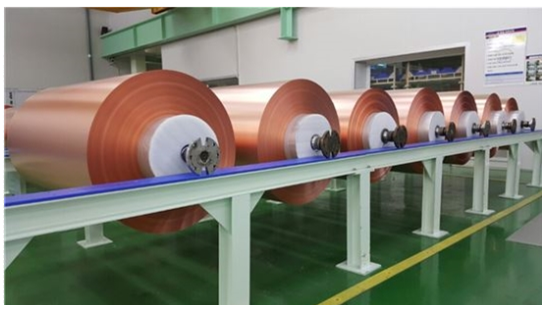 This is interesting because it is frequently stated that specialist copper foil for EV batteries will be a major bottleneck for mass production of batteries.
The companies buying foil from KCFT are all the big players, Panasonic, LG Chem, Samsung SDI and SK innovation.

Also see - LS Mtron to Supply Copper Foil for EV Batteries to Mount on Tesla Cars
KCFT is the new name for LS Mtron.
The codes for using Torque Pro can be found by clicking the link in the website icon under my user name on the left.

-
Am looking at the sales figures for the Soul EV over the last 18 months.
Interesting to see that the proportion going to Norway has greatly increased.
At present almost 42% of all Soul EVs ever produced are in Norway.

There has been plenty of accusations made against the sales of the Kia Soul EV in Norway.
It has often been stated that Kia is doing an 'emissions scam'.
But as of January 2019 this 'loophole ceased to exist.

...from January 2019, sales of new cars in Norway are included in a broader EU calculation of the greenness of each manufacturer’s European-wide car fleets, a target the carmaker must meet to avoid large penalties...

Those who believed in the 'emissions scam' story need to answer: Why is Norway continuing to import so many Kia Soul EVs from the rest of Europe. ?
See the latest stats for this here - https://elbilstatistikk.no/

Here's my count of the original Soul EV sales. The new eSoul has a different VIN and I'll count separately.

The above quote is a guess I made in April.
At the moment Kia is producing about 50% of what I had guessed, based on the stated availability of the batteries..
The codes for using Torque Pro can be found by clicking the link in the website icon under my user name on the left.

-
Here's my count of the original Soul EV sales. I can't distinguish between the gen1 27kWh and gen2 30kWh versions.
Except that the 30kWh version started in mid 2017.

Sales of the original Soul EV stopped in September 2018 in both South Korea and the USA. The new eSoul began selling in Korea in March 2019, it has yet to appear in the USA.

Here's my count of the new eSoul sales. I can't distinguish between the 2 battery versions available 64kWh and 38kWh.
Anecdotally almost everyone is getting the 64kWh .


Interestingly Canada is now on par with Norway as the top sales destination for the Soul EV.
Whereas the US has none at all.

I do not believe battery shortage is the reason for the low volume of Kia EVs in 2019.
At the moment Kia is producing about 50% of what I had guessed, based on the stated availability of the batteries.
Also see New evidence: Carmaker holding back EV sales to maximise SUV-fueled profits
The codes for using Torque Pro can be found by clicking the link in the website icon under my user name on the left.

-
Ford has decided to use SK Innovation’s NCM 9½½ battery for its F-150 electric pickup truck that is scheduled to be released in 2023.

Cumulative Sales figures for the 64kWh Soul EV up to end of July 2020
( I can't distinguish between the 2 battery versions available 64kWh and 38kWh, but anecdotally almost everyone is getting the 64kWh .)

For all cars exported out of Korea ( now about 95%) see - : Kia: Investor Relations - Monthly Sales Results
You need to download the Overseas Retail Sales spreadsheet.

Most exports go to Europe, only 10% to Canada, and only 1 car to the US.
Norway is 40% of the total. Still the biggest market for this car.

-
SK Innovation has begun producing batteries in Hungary, Europe.
Factory #1 opened in January 2020 and produces 7.5GWh.
Some of these batteries have been going to Hyundai's car plant in Czech for Hyundai Konas. 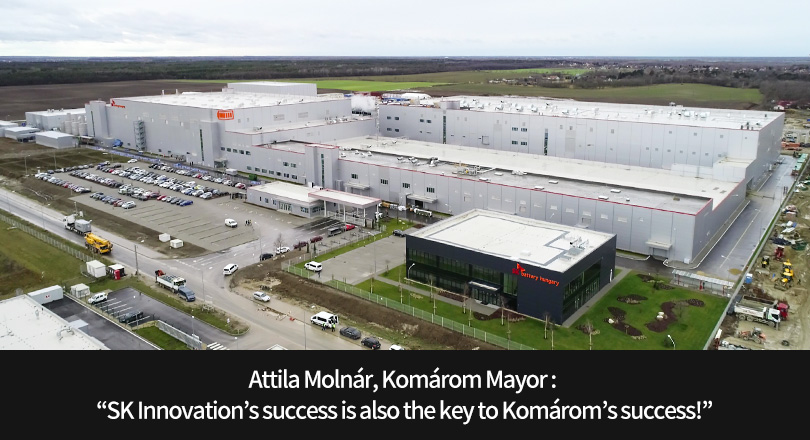 Factory #3 is being planned.

SK Innovation’s success is also the key to Komarom’s success!

Some nice graphics from Bloomberg.

Last edited by JejuSoul on Sun Nov 01, 2020 2:15 am, edited 2 times in total.
The codes for using Torque Pro can be found by clicking the link in the website icon under my user name on the left.

JejuSoul wrote:[...]Most exports go to Europe, only 10% to Canada, and only 1 car to the US.
Norway is 40% of the total. Still the biggest market for this car.

"Only" 10% go to Canada? Europe has 743 million people, Canada has 37 million. So Europe has 20x the population but only sells 9x as many units of the Soul EV? That's means that this car sells better in Canada (on a per capita basis) than it does in Europe.

Though not better than it does in Norway, apparently!

That only works if supply matches demand. I have an idea they could sell more if they could make more.
Post Reply
Load more posts
50 posts